1. Hamid Ahmed – He is the Chancellor of Jamia Hamdard, CEO – Hamdard Laboratories India (Foods Div.), Secretary – Hamdard National Foundation India (HECA), General Secretary – Business and Employment Bureau and President – Unani Drugs Manufacturers Association (UDMA). Hamid Ahmed born in New Delhi, India in 1977 and did schooling from St. Columba’s School New Delhi. In 1998 completed B.A (Eco.) from Delhi University. He took over as the Chief Executive Officer (CEO) of Hamdard Laboratories India (HLI) in 2016, holding reins of the organisation he joined in 2000. He started his career as a director in 2000 after getting his M.B.A. from London, U.K. He was appointed as a director by his grandfather and the founder of Hamdard Mr. Hakeem Abdul Hameed in 1995. With his dynamic spirit and leadership abilities, he soon became the CEO of HLI, a professional with valuable experience to steer the company ahead in its growth plans.

Spanning a career of over 20 years experience, he has travelled widely across India and abroad and handled diverse portfolios that have helped him understand the dynamics of Unani trends in the market. He is well-versed in the intricacies of India’s regional diversities and consumer needs.

2. Prof Asim Ali Khan – He is the Director General of Central Council for Research in Unani Medicine (CCRUM), Ministry of AYUSH, Govt. of India. He is also a member of Board of Governors of CCIM and is responsible for the quality education, training and research in AYUSH systems of Medicine. He is basically a scholar of Unani Medicine and carries with him about three decades of varied experience of academics, research and administration. Prof. Khan is a dynamic personality and has a good vision for the development of Unani Medicine.He has been making concerted efforts for its promotion on national and international platforms for about thirty years now. He is very keen to expedite research & development activities in this system of medicine and take it to heights.

Previously, he has been associated with Jamia Hamdard (a Deemed University) at New Delhi as a professor of Unani Medicine having various academic and administrative responsibilities. As International Students’ Advisor, he has been instrumental in developing many academic and research collaborations at international level and spreading the knowledge of Unani Medicine to many countries. He has made significant contributions to scientific writing and has published more than 85 research papers, books, chapter in book and articles. He has been delivering lectures and presenting papers at various national and international platforms and paying visits to many countries across the globe for academic purposes. As Director General, Central Council for Research in Unani Medicine, he is guiding quality research and academics in unani medicine through 23 of its peripheral Institutions spread across the country. He has done/ played key role in several MoUs with many leading national and international Scientific organizations and Universities.

3. Dr Raj K. Manchanda – He is the Director, Directorate of AYUSH, Govt. of NCT of Delhi. With over 35 years of professional experience as an able clinician, teacher, researcher, and administrator. Dr. Raj K. Manchanda has been instrumental in bringing about many firsts for homeopathy in India. He has a rare insight into policy matters related to Homoeopathic Education, Research, Medicinal products, and Global Affairs. Formerly, he was the Director General of Central Council for Research in Homoeopathy (CCRH), an apex research organization under Ministry of AYUSH, Government of India. He has also had a distinguished career as Deputy Director (Homoeopathy), Health & Family Welfare Department, Government of Delhi where he was instrumental in the development of Homoeopathic infrastructure and research.

Currently he also serves as Co-Chairman, sub-committee of Drug Technical Advisory Board (Homoeopathy); Member-Secretary, Homoeopathic Pharmacopoeia Committee (HPC) and various other committees constituted by Government of India. He has over 120 research papers published in National & International journals and authored a popular book titled “Textbook of Dermatology for Homoeopaths”, in English and Spanish. He is also Chief Editor of a widely popular open-access peer-reviewed journal, ‘Indian Journal of Research in Homeopathy’ (IJRH). He has received several recognitions for his meritorious works like ‘State Award’ in 2010 by the Government of Delhi, ‘Award of Recognition’ by Robert Bosch Foundation, Germany in 2011, Honorary Doctorate of Traditional and Complementary medicine (Homeopathy) by Cyberjaya University College of Medical Sciences (CUCMS) Malaysia in 2018 and most recently, Honorary fellowship (F.F.Hom.) by Faculty of Homeopathy in April 2019.

Past UDMA Days & Other Events 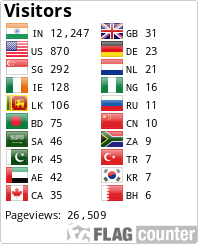 Unani Drugs Manufacturers Association (UDMA), a registered society, registered in New Delhi on 11th – 13th October, 2017 under the Societies Registration Act XXI of 1860, is a coherent voice of the Unani Industry in India. Currently, over 60 Unani manufacturers from across the length and breadth of our country are members of this esteemed body. The members comprise of more than 95% of the overall Unani industry in India, both in terms of volume and value of business.